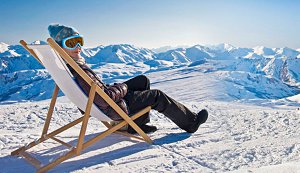 This year's season starts with the opening of the renewed ski lifts on Friday, the 23rd December 2016 at 10 a.m. on Mt. Kanin. The ski centre will be solemnly opened by the President of the State Mr Borut Pahor; the Minister of Economy Mr Zdravko Počivalšek has also confirmed his anticipated participation at the opening. The ride up to Mt. Kanin on the 23rd December will be free.